Seemingly out of nowhere was a small, grey speedboat popped up and it approached cautiously, but determined the five senses of aft. It was clear that we were being watched out of the cab. There was no inscription at the bow of the small boat, but the colour of the painting suggested that it was an official vehicle. Soon after, we had certainty Guardia di Finanza.
We were asked to stop and the three financial policemen went längseits. Very correctly we were told that it was a routine check and I was asked to hand over the boat papers. The Croatian coastal patent was inspected with suspicion and when I showed the Austrian patent, the official expresses his appreciation by a "ah, bene!"
What followed were some questions about the ownership of the boat, the purpose of the trip, the number of people on board, Liegplatz, and where we came from and where we drove. Some sailors already reported in forums and magazines that a confirmed crewlist was required in the course of the new entry and exit regulations. After moving only within the Italian maritime borders, this was not true.
The officials checked all the documents carefully, transferred some data to a list, and asked by radio whether something was against the five senses. A demand surprised me then; one wanted to see the insurance of the Dinghys. Luckily, I was able to explain that our insurance covers the entire ship, including equipment and dinghy. However, I had to show the appropriate position in the insurance documents. 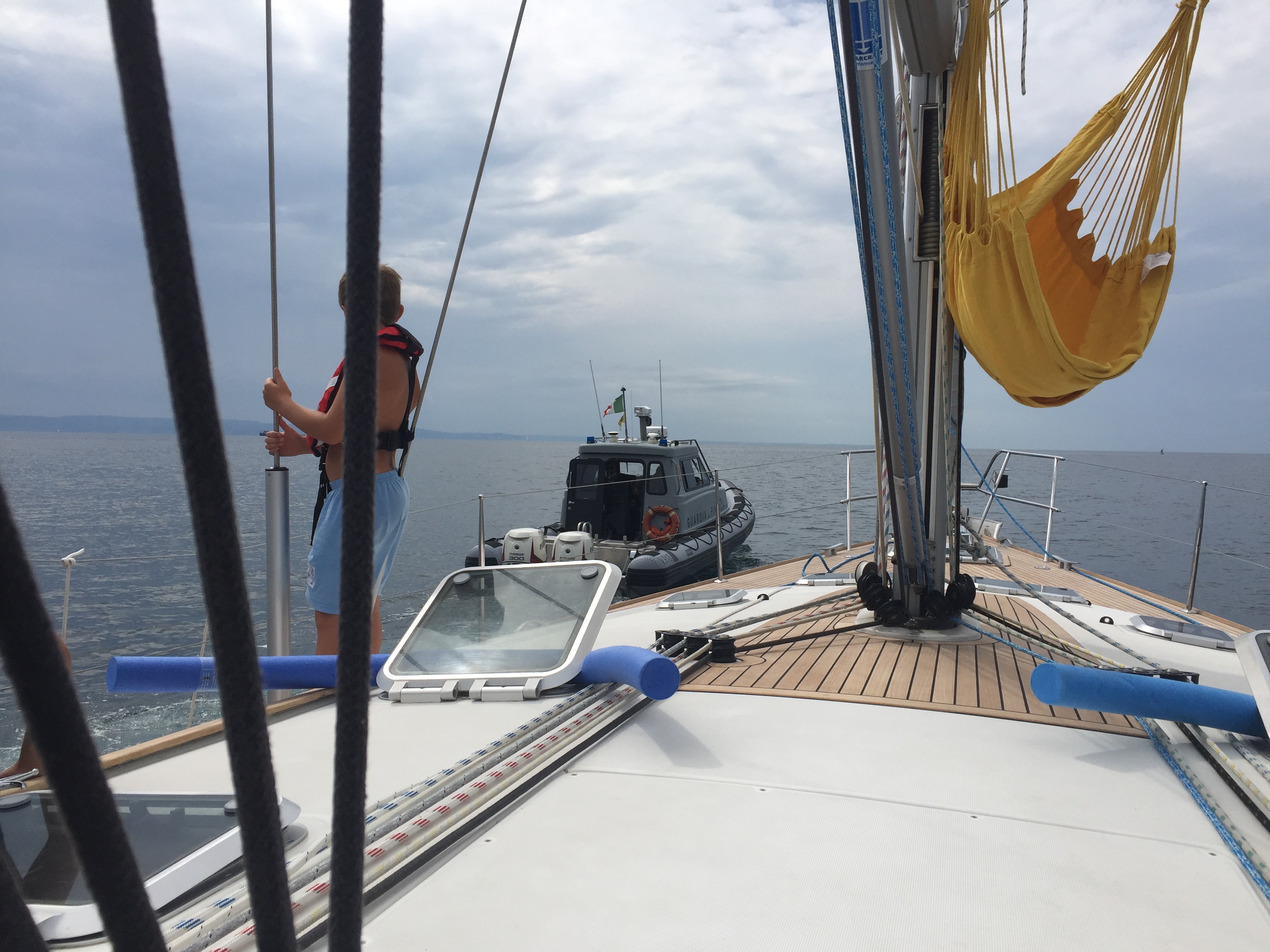 The entire review ran quietly, professionally, and highly correctly. We had no fear, because the full purchase price of the five senses was taxed correctly in Croatia and all the papers are clearly collected and in order. We were able to observe how all sailing yachts around us were also inspected and found such controls perfectly appropriate and gerechtgertigt. Well, because everything worked out well ;-)
And away they were again...
[wpvideo nLxHvCHy]