A route that has now been tried and tested for longer weekends also took us to Grado and then on to Muggia, Trieste and back again. The weather promised variety from sunshine and calm to rain and 4 Beaufort with south wind with rough seas around 3.
On Saturday the journey to Grado was very comfortable and with 5 knots of wind from the northeast I took the time to set Code Zero and Genoa at the same time. The result was 6 knots of a very smooth and steady ride, for the layout of a cruising boat I think a great result. 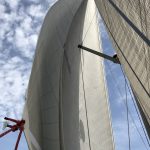 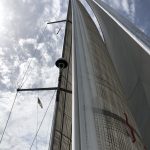 The entrance to Grado still had a surprise in store: Despite precise navigation in the driving channel, we suddenly got on, but were also able to quickly free ourselves. So my tip: strictly port when entering the first half. The shallow is right in the fairway. This time we were again in the Marina Darsena San Marco, in the pre-season there is a discount and the night just costs 55 euros. The office is closed on Sunday. I went into town with the dinghy, which I equipped with position lights from Railblaza. 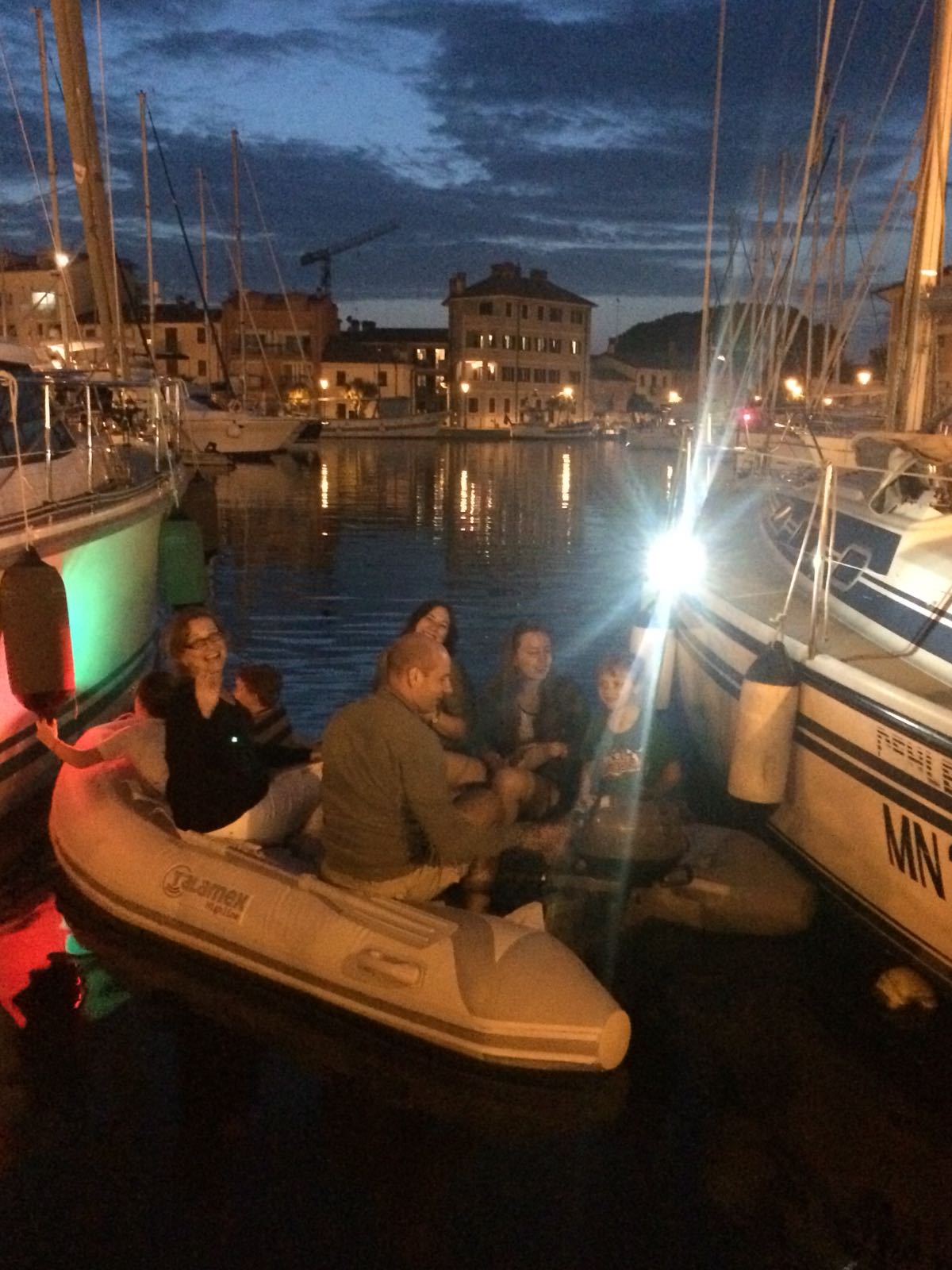 Before we headed to Trieste and Marina San Giusto on Sunday, we wanted to make a detour to Muggia to visit the Sal de Mar there. But it was packed, like "La Terraza". Time to try something new: Trattoria la Risorta. Our curiosity was rewarded with an authentic family business, which positions itself with a strong regional commitment. The menu features typical fish specialties as well as Austrian cuisine, as is often seen here in Trieste. But then I didn't want to try goulash, which I get at home. 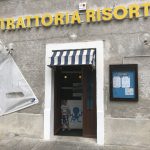 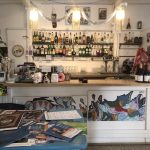 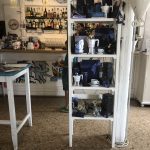 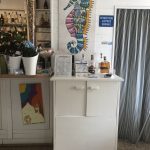 The restaurant has its own display for the coffee from "Amigos Caffè" prepared here. Here, too, is a local, family-run company and we found their product to be excellent. A parcel specially ground for the Bialetti had to go with it.
From the terrace, we could always check whether the Five Senses was still well anchored. The clayey subsoil in this bay, however, does not pose any particular challenges to the foundation iron and so everything went smoothly. 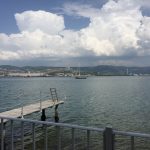 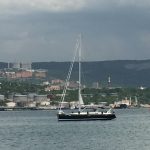 Trieste itself once again offered the best weather, great shops, great flair and we left the city with the firm decision to come back soon. San Giusto is not exactly cheap, for 100 euros a night we found the performance (mooring, water, electricity and clean sanitary facilities) rather marginal. The marina is within walking distance of the city center and just around the corner from "Eataly" - a unique delicatessen shop with an attached restaurant. Tip: only partially suitable for breakfast, because the tramezzini and foccacia are only served from 10:00 a.m. 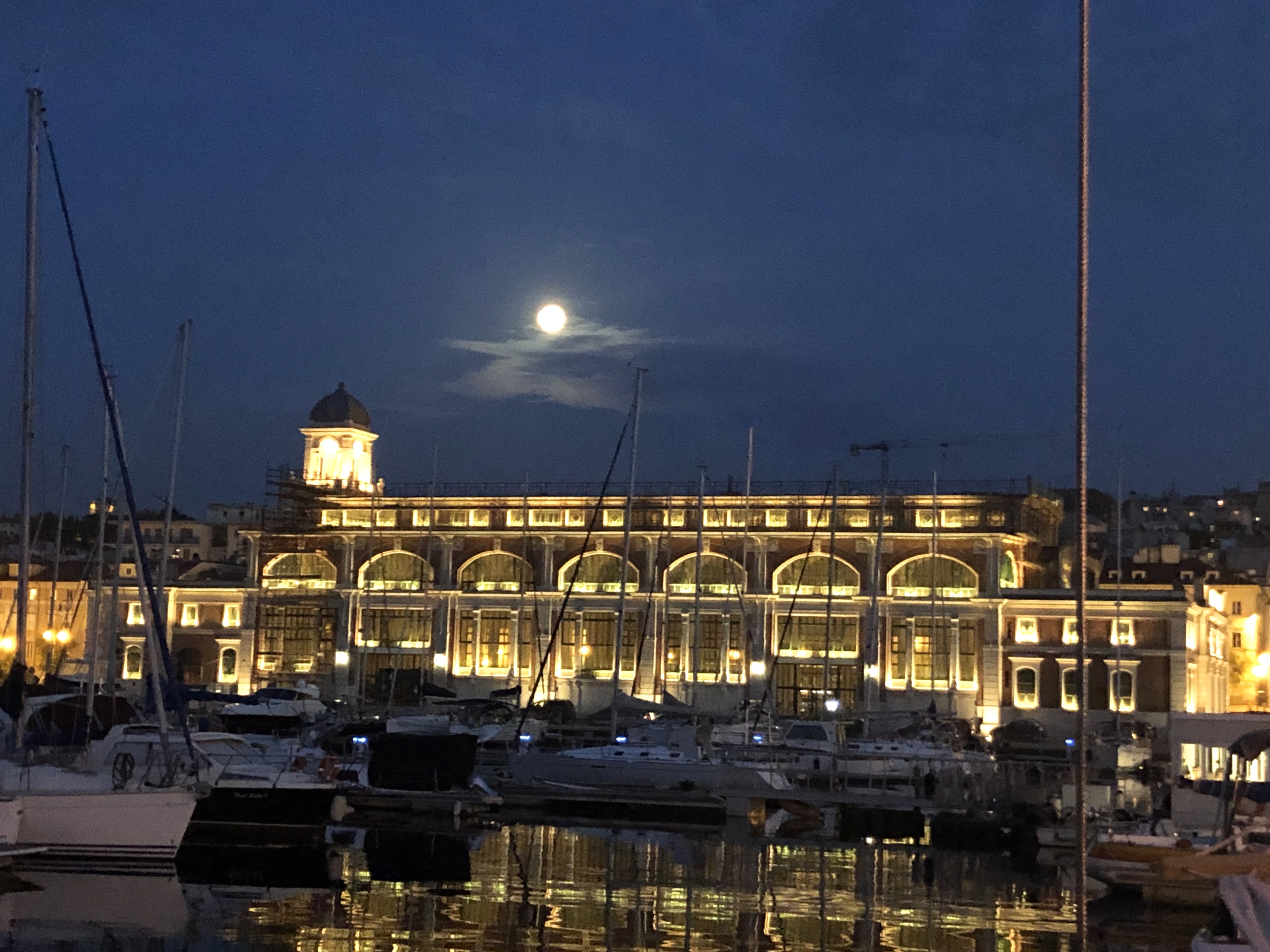 During this winter break I had UW headlights installed and in the clear (but unfortunately still heavily polluted) water in Trieste they showed their strengths for the first time: Countless small fish kept swimming in circles around the blue light. Due to the exposure time, the spectacle could not be captured particularly well, but here an attempt to capture the action. 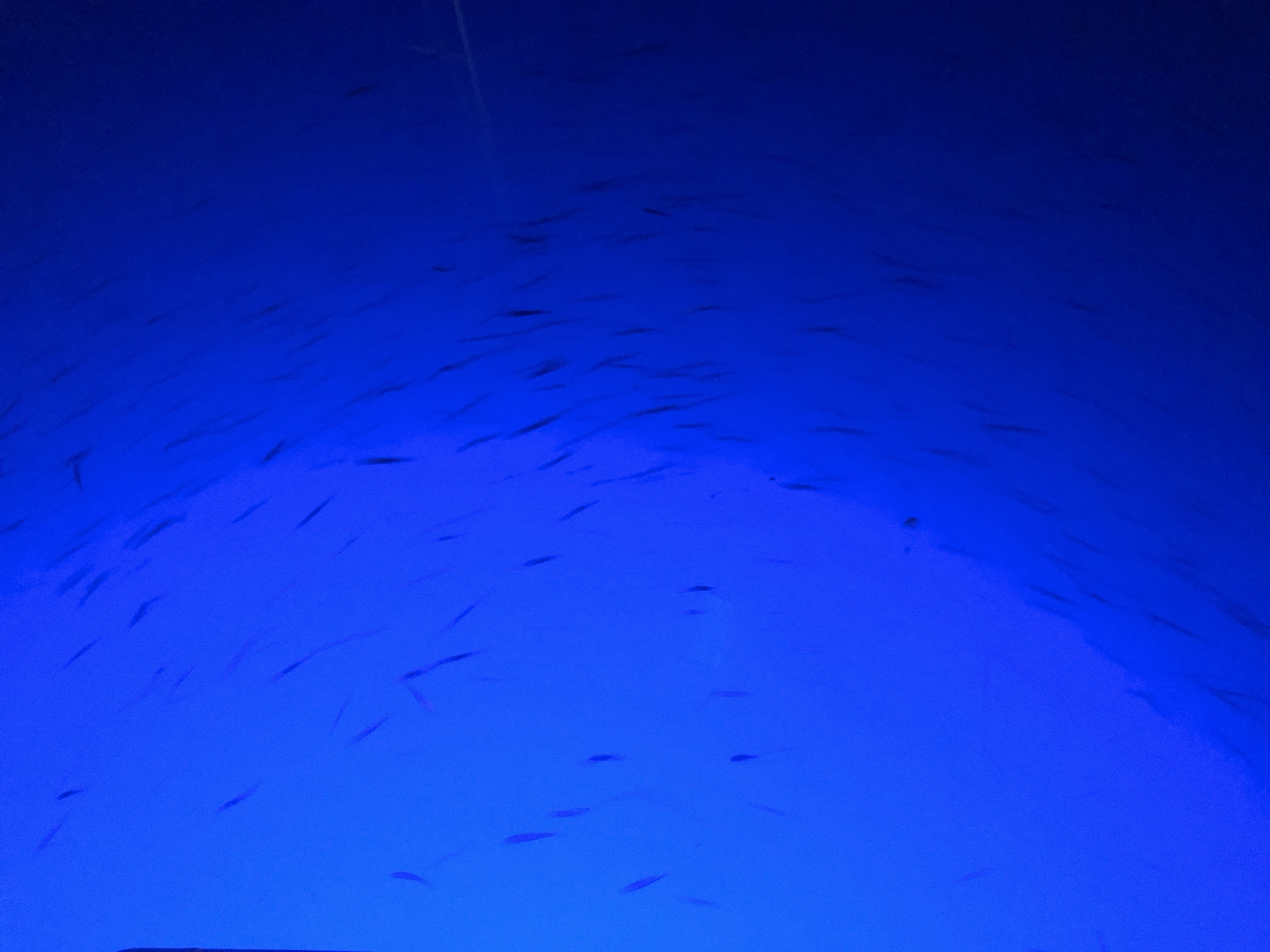 Our return trip finally took place in good wind conditions: 10-14 knots from mostly southern direction gave us some swell, but on average we made really good progress with an 8 knot ride through the water. Almost too fast, because the Lignano lagoon is already heavily sanded this year and we can only enter and leave at high tide. So the arrival has to be well planned. We have already seen the dredger, so the routes will be brought back into shape this year. A good thing, because getting stuck in the sand is neither fun, nor is it good for the ship. 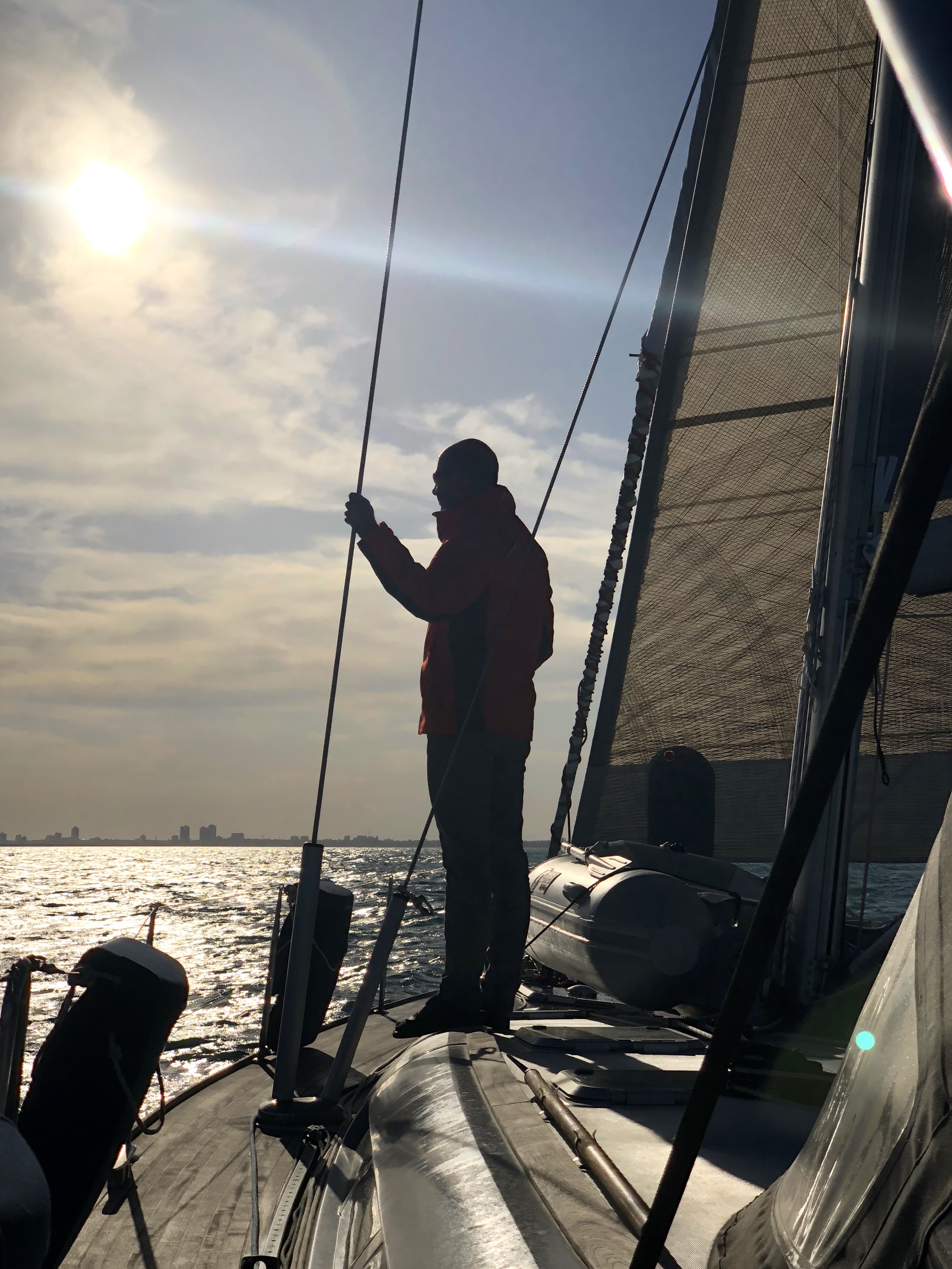 Back in Aprilia I started to install my Batsystem LED strips and tube lights with USB connection, but more of that next time ...